Skip to content
There have been many changes around the sanctuary over the last year!  As you may already know, we are a 501(c)(3) non-profit organization and we do not receive federal, state, or grant funding of any kind.  We rely solely on private donations, gift shop sales, and tour fees in order to provide for our wolves. Thanks to outstanding support in recent months, we have been able to renovate the facility and provide new enclosures for many of our wolves!  One of these enclosures was set aside for two of our wolves.  Some of you may already know Tioga, but Little Girl is new around here.  Here is their story: 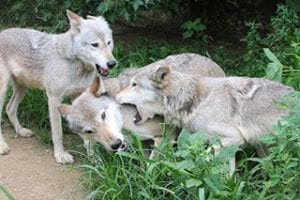 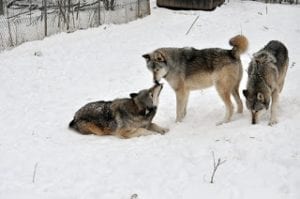 He learned a lot from his family…especially his father and alpha, Merlin. 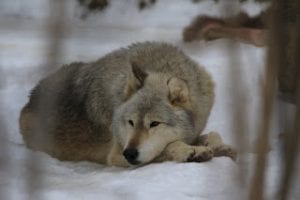 Merlin was a true alpha and ruled his pack with authority and affection.  A few months ago he became very ill but reigned strong and dominant over his pack until the end. He will always remain in our hearts.
After the loss of his father Merlin, Tioga became lonely and in need of a companion. 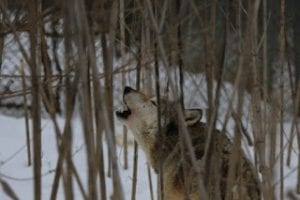 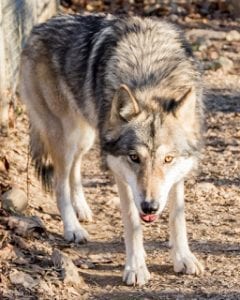 With her, came a sweet, quirky companion who quickly stole our hearts.  His name was Booboo. 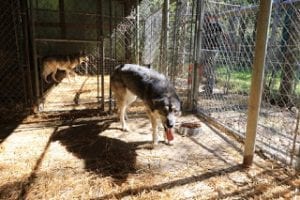 A short time ago, Booboo became ill, and Little Girl was the first to sound the alarm, alerting whoever was near that something was wrong with her friend.  It was because of her that Booboo was given a fighting chance and rushed to the vet.  After several days, Booboo sadly lost the battle with his relentless illness.  With broken hearts, we bid him a fond farewell. 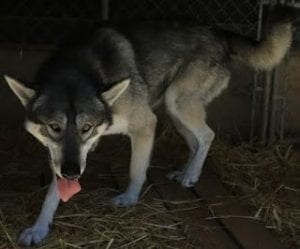 Without the presence of Booboo in an enclosure nearby, Little Girl was in need of a companion too. 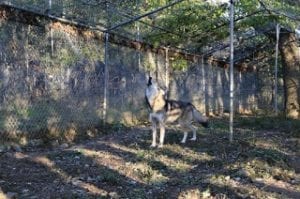 It was late one Sunday afternoon, and the new enclosure was finally finished! 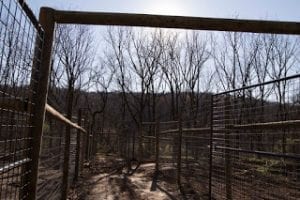 Tioga was the first to enter and investigate.

Little Girl wondered if she might get the chance to join him. 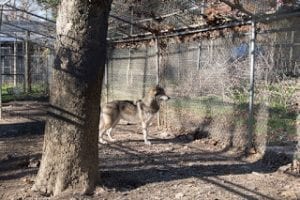 At first she was apprehensive, but in no time at all she began to rejoice in her new freedom! 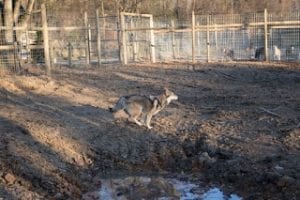 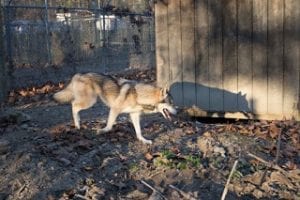 Next, it was time for Tioga to meet her…
…and the games began. 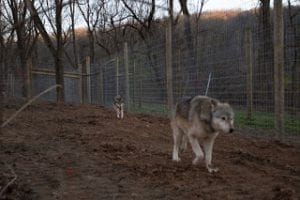 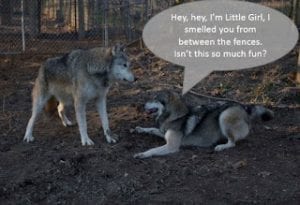 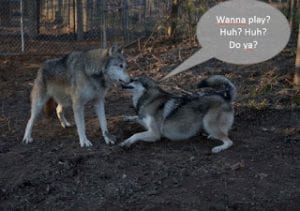 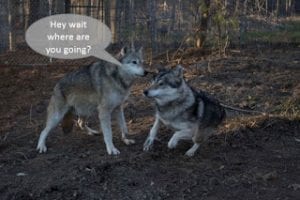 It wasn’t long before they were happily playing and roaming their new enclosure together. 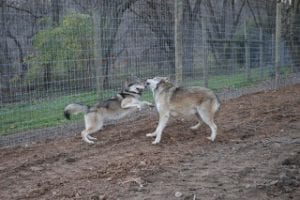 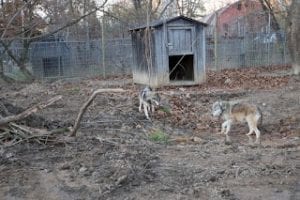