In our heart we each know time is short, though it may span years. We commit ourselves to this subconsciously each time we open our hearts to family, friends, and our beloved fur-family. But there is never time to prepare for that final goodbye and , each time is harder than the last. On Thursday, January 23, 2020 we bid our dearest Galahad farewell.

The last of Smokey’s son’s, Galahad spent his younger years growing up with his brother Billy in their own forest home. After a disagreement, the two were separated and became neighbors, yet Galahad was still very much in tune to his brother’s nearby presence, and mourned his passing which came at all too young an age for Billy.

After some time being on his own, Galahad met Sage. The two were similar in some ways, yet very different in others. Both enjoyed time alone, and they shared a peaceful coexistence, seeming to derive comfort from one another even when in separate areas of their enclosure. Sadly, Sage too passed unexpectedly after they were together for under a year and Galahad mourned her passing.

It was in his later years that Galahad met the companion that brought out the liveliest change in him. Jake, his long-time neighbor, had expressed interest along his fence and once the two finally had an opportunity to meet they seemed immediately enamored with each other. Both Jake and Galahad, who had each been a bit reserved when alone, became playful and chipper. They each seemed to have a spring in their step when they were together and were often found in each other’s company. Jake will greatly miss her love, and we too will miss him dearly.

Galahad was always full of life. He was much more social with humans than other members of his family. He would rub along the fence, in part to help shed out his fur in the spring, but also for attention from his caretakers. He especially loved when his caretakers would scratch his back, and he showed his appreciation through happy growls.

Galahad was stoic and laid back, but he was also very friendly and sociable. Though he thrived in the company of other wolves, and enjoyed spending time with his favorite humans, he also seemed comfortable being on his own at times. He had a peaceful joy about him that coincided with a noble elegance. He brought delight and comfort to all who knew him, and we will greatly miss his warm heart.

Farewell Galahad. We will never forget your noble grace and the memory of your uplifting spirit will always remain in our hearts. 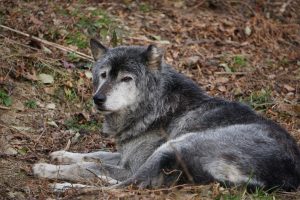