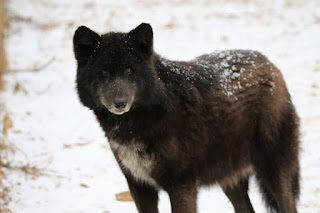 Just at the brink of overcoming grief, tragedy once again took a toll on the sanctuary.   Our dear, sweet Lenape of the Big Pack, passed on from us on Saturday, May 27, 2017.  He was 8 and a half years old, far too young to leave us.  Lenape suffered from symptoms of a neurological disorder and though his symptoms had been mild and benign for the majority of his youth, they began to worsen with age and became severe over the last few months.  With broken hearts, we bid our Lenape a tearful and sorrowful goodbye.

A gentle spirit, our Lenape walked through life with a playful innocence.  His deep umber eyes always seemed to twinkle light-heartedly.

He was always playful and peppy, even despite the occasional surly snarl from his brothers.  His brothers in his pack – Levi, Lincoln, and Lucas – had always been a rowdy bunch, frequently exerting their dominance and banding together as leaders of the pack.  Partially due to his neurological deficiency, Lenape was a low-ranked pack member and was often forced to submit to his more dominant brothers, especially his brother Levi.  Yet despite their unyielding dominance, Lenape never seemed to learn submissiveness, not like a true Omega.  Eventually, he would submit, though he would do so with many noisy complaints.

With little camaraderie from his brothers, Lenape looked instead to his aunts and uncles for guidance and companionship – in particular, his uncle, Hudson, a strong and dominant member of the Big Pack in years past.  Lenape could often be seen at Hudson’s heels, deriving comfort from Hudson’s strong and steady presence. Hudson would look after Lenape and the two were often found in each other’s company. With Hudson’s passing in August of 2016, Lenape mourned the loss deeply and though he eventually appeared to overcome his grief, he was still not quite the same afterwards.

Lenape also had a strong bond with his aunt Trinity, the alpha female of the Big Pack, who had helped in raising Lenape and his brothers when they were pups.  Trinity could often be seen grooming Lenape, cleaning out his ears and the fur around his face while he reclined in the sun.

Along with the rest of his family, Lenape did not permit direct interaction or contact from people, preferring the independence and peace that is so inherent in the life of a wolf. Like his family members, though, he recognized his territory fence as a safe-zone where he could accept treats straight from the fence during tours without fear or concern.  This sense of safety along the fence was evident at meal time when the volunteers would come to freshen the water and bring the meal.  At sight of the volunteers, he would often prance up and down along the fence, to many grunts and groans of his family members as he stepped and hopped on each of their toes.   He always kept a special eye on his most favorite tour guide and followed her during her tour, which at times led him all the way to the opposite end of his enclosure, even when another guide was giving their tour at the Big Pack.

In a time of sorrow, we take some small comfort in reflecting on the joyful memories of his life, for Lenape never failed to bring a smile with his happy and free-spirited soul.

Farewell Lenape, your bright and youthful spirit will be greatly missed by all at Speedwell and your gentle soul will not be forgotten. 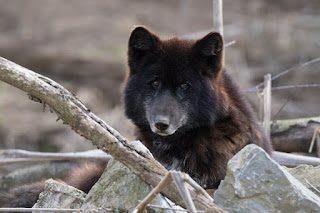 IN LOVING MEMORY LENAPE OF SPEEDWELL