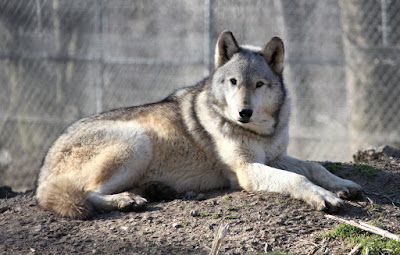 It seems that sorrow is not yet beyond us this year as grief cuts ever deeper into our hearts.  Tioga, the last member of our prodigious timberwolf family, passed on to be with his family on the morning of July 2, 2017.

Tioga was raised at the sanctuary from a puppy and he and his family left a mark on speedwell that none will soon forget.  Originally arriving as rescues, they quickly became one of the most beloved packs in the sanctuary’s history.  Merlin, Tioga’s father, was a true alpha male and taught us all about the nature of an alpha.  Merlin always carried himself with an unyielding dominance, strength, and leadership.  Tioga, though, was quite different, falling into the more submissive role as an Omega.

At the time of their rescue, Tioga was merely a few weeks old and required bottle-feeding.  One of his caretakers bonded with him quickly, a bond that would persist throughout the entirety of Tioga’s life.  With proper space, care, and nutrition, Tioga swiftly grew to become nearly twice the size of his father.  Despite his much larger physical presence, Tioga readily submitted to Merlin’s rule.

Tioga was also very playful.  Because of his close contact with humans from a young age, Tioga was known to pounce and play and at times even partake in mischief, stealing various items from volunteers and tugging on their clothing.  The most fun he had, though, was playtime with his family.  During play, all roles and hierarchies would temporarily dissolve and Tioga would play for hours with his mother, father, and aunt.  If Tioga overstepped his boundaries during play though, Merlin would not hesitate to send Tioga a quick reminder of his pack rank. 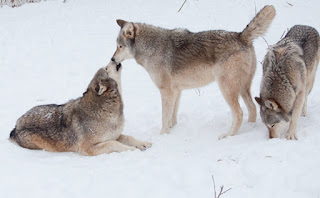 Tioga (left) with his father and alpha, Merlin (center) and aunt Keisha (right)

In his later years, as his family aged and passed on, Tioga became less playful for a time.  He missed his aunt a great deal after she passed, though the family member that he mourned the most deeply was his father Merlin.  Tioga was never quite the same after his father passed away, and for a time after his passing, he would send off a mourning howl, expressing his grief.

It was around this time that Tioga was introduced to Little Girl, a much younger alpha female timberwolf who helped to bring light back into Tioga’s life.  Merely 3 years old when they met, Little Girl was very playful and spirited and eagerly pounced and pawed around Tioga, getting him up and playing more energetically than he had in years.  As Tioga aged and his arthritis worsened, he began to slow down a bit, but still could not resist Little Girl’s youthful spirit.  He was often known to hide and wait as she made her attacks, eagerly playing whenever she approached, and waiting patiently for her to return. 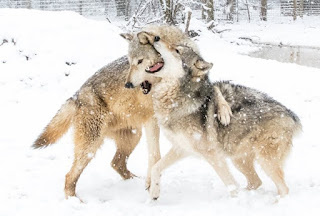 Tioga (left) and Little Girl (right) playing in the snow

With the help of Little Girl, Tioga not only overcame the grief of losing his father, but he also began exhibiting personality traits that he never had before– alpha traits.  Tioga would show dominance in various ways, holding his tail out in the dominant position and lifting his leg to scent areas of his territory.  He no longer felt compelled to quickly devour his food for fear that a more dominant pack member might finish it off and instead was content to bury his leftovers.  Tioga appeared to have followed in his father’s footsteps and taken over as an alpha male.

Tioga was well loved by his whole family, and in later years by his pack-mate and companion, Little Girl, but he touched the hearts and souls of many humans during his life here at the sanctuary as well.  At the time of his passing, Tioga had the most adoptions of any wolf ever to have lived at the sanctuary, partially as a result of his favorite caretaker, who in addition to giving Tioga the highest level of care for his entire life, he would also sing his praises at every opportunity.

Tioga had a very charismatic presence, always interested in his human caretakers and always eager for attention.  He truly thrived as a member of a pack.  Tioga always sought companionship, from wolves and humans alike, and he was always able to find it in one form or another at Speedwell.

Farewell Tioga, your youthful spirit and strong presence will be greatly missed by all at Speedwell and your friendly soul will not be forgotten. 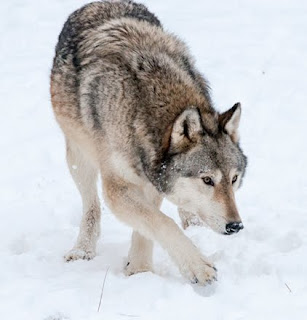 IN LOVING MEMORY TIOGA OF SPEEDWELL