There is never time enough.  Mortality is with us again and again we feel the pain that reminds us, we must always live in the moment.  All to soon the drum beat stops and silence is heard and then with utter certainty you gasp and reality is upon you.  Great loss is felt at the passing of a noble leader of the Big Pack. On April 11 Frodo passed away naturally to be with his ancestors. Deeply we grieve, yet we take comfort in knowing that Frodo lived a good long life, a life with his family, and that he passed peacefully on from this life on his own terms, in the comfort of his loved ones.

Frodo was always a strong and dignified presence in the Big Pack. He banded together with several of his younger nephews, Lincoln, Levi, and Lucas, and together they maintained a perimeter of security for their pack. If there were any new rescues in a nearby area or an unsuspecting human walking near their fence-line, they were the first on the scene, pawing at the fence and showing their strength to assert their presence as the Big Pack.

Frodo did not have an assertive presence when the pack was young, nor was he submissive in any way. He avoided conflict as a preference but never cowered or showed fear. He only intervened when necessary, showing wisdom from an early age. As the pack aged together, he maintained a role as their respected leader. When the pack would howl, they would always go to Frodo first, kissing up to him as if asking permission. A growl would quickly stifle their attempts and no further prodding would waver his decision.

Frodo was strong and dignified. He carried himself with a noble grace but was still approachable by his pack-mates. He enjoyed partaking in the same mischief and play and he always maintained a youthful spirit, no matter his age. He deeply cared for his family and they stayed closely together until the very end. Wherever any of them went, so to went Frodo.

Hello Frodo, I miss seeing your majestic self as you peered through the trees or just over a log as you always did.  You were so full of mischief.  I think you were always young at heart and played and lived strong and free of the world’s strife.  Being born here you never felt that fear that so many of our rescues experienced.  I used to try and be ready for you as I took my walk past your home.  Somehow you always managed to startle me in your youth and even as the days grew short and you entered your latter years you could still bring it on.  Always the gentleman though.  So it appeared.  You would sit there all charming and mild and then BOOM you would come running fast and furious, leap at the fence and land only inches from it all hunched and fierce.  My what big teeth you have!  Then saunter off with that “oh yea I got her again” prance.  A big grin on your face.  You are sorely missed my old friend.  But I am grateful you left as you lived.  Always on your own terms.  Always with love Frodo, I await our meeting at the bridge.  Until then give Lucas and the others a huge hug for me and tell your mama you did her proud. ~Dawn Darlington, President.

Farewell Frodo.  We will never forget your spark of life and strength and the memory of your strong and beautiful soul will be forever in our hearts. 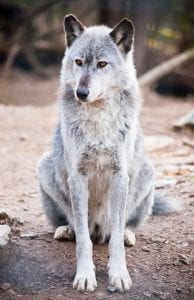