Speedwell is home to many different individuals, all with unique personalities and characters. One pack perhaps above the rest captured the hearts of all who came across their path – the Big Pack. Born at the sanctuary, this large and rowdy family always stole the show on tour, and memorable among them were the sisters: Trinity, Chomp, and Sarge. As the sisters aged and began to pass, our Sarge remained, an esteemed member of the Big Pack and a steadfast presence. Strong and steady she persisted. Though she lived a long life, we always hope for more time, yet that was not to be.  With deeply heavy hearts, we grieved as we bid farewell to Sarge this June.

Sarge was a character from the beginning. Regardless of age, her role was comparable to a middle sister with Trinity reigning over the pack as the Alpha Female and Chomp taking on the role of Omega. Sarge was never quite content to submit though, and often challenged Trinity for the leading role. She was strong and fierce but often after a tumultuous autumn season, she would fall back in line in the pack and once again seem to enjoy her own unique role in such a large and boisterous family.

Sarge had a fun and eager energy about her. She wanted to be included in the action, whether that be among her sisters or among the males in the pack. Even as she aged, she maintained that spirit and could be seen coaxing her nephew Lincoln to play by pawing at him, or kissing up to Frodo with wagging tail to get the howl started. She loved her family deeply and it was clear that they too loved her.

In recent months, Sarge began to show her age. At 15, she had lived a good long life, but she had begun to slow and experience some signs of neurological condition that had ailed some of her other family members over the years. We monitored her closely along with our veterinarian and treated her ailment for as long as we were able. The treatments seemed to help a bit as she seemed more comfortable and her symptoms were more manageable for several months. Yet on Monday June 14, it was clear that she had taken a final turn for the worse. With much consideration, and with grief in our hearts, we made the difficult decision to bid her farewell.

Farewell our dearest Sarge.  We will never forget your strong and lively spirit and the memory of your beautiful soul will be forever in our hearts. 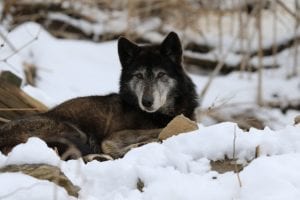