We have an exciting announcement. The case involving the Northerners has finally been settled! Though they have been with us since 2019, due to the ongoing legal battles, we have been unable to share their history until now, since the case has been closed and the former owner has been found guilty of four animal welfare offences. We are now finally able to share the details of their history and arrival. The story is quite sad but has a happy ending.

The Northerners came from a poorly run zoo, Saint-Édouard Zoo in Quebec. They were not well cared for. All of the animals there had been suffering in some fashion. The facility was described as being unsanitary and lacking in veterinary care for animals in need of treatment. Most of them had parasites, malnourishment, and other physical issues due to mistreatment and neglect. Reports indicated that many of the animals were without proper food, water, or veterinary care. In 2019 the zoo was forced to close due to animal welfare charges and the Quebec SPCA sought homes for the animals.

At the Saint-Édouard Zoo, the Northerners had lived together in a wooded area. When it came time to transport them they had been hiding in their den terrified. By the time they were seized by the Quebec SPCA they were not only in desperate need of medical attention but they were deeply traumatized as well. As we gently treated them for their parasites and slowly brought them back to health, they merely laid still, almost as though their fears had grown to hopelessness.

We constructed a makeshift den in quarantine so that they could have somewhere to feel secure and safe while they recovered. In the beginning they spent nearly all of their time in there, crammed in to the very far back together as far as they could go. They would not even groom themselves well at first so we also helped to gently clean them when needed. As the weeks went by though, we began to notice more activity as slowly they recovered. Mazikeen took the longest to recover mentally. She remained still and motionless with a blank look in her eyes while she was being treated. When it came time to move them to their new forest home, we discovered that Mazikeen had also developed pyometra and needed emergency surgery and thus, extra time to recover. After healing, at long last, the four were finally reunited. We know that Gideon is Mazikeen and Greybeard’s pup but due to the poor records kept at the zoo we are not sure of the relationship between the others, though we suspect and are confident that they are a family.

After their long period of healing and recovery, they finally are happy and have peace in their forest home. You can support them to follow their story and ensure that we can continue to provide them with the best possible care throughout their lives. Adopt them through our symbolic adoption program today! Visit our adoption page to learn more. 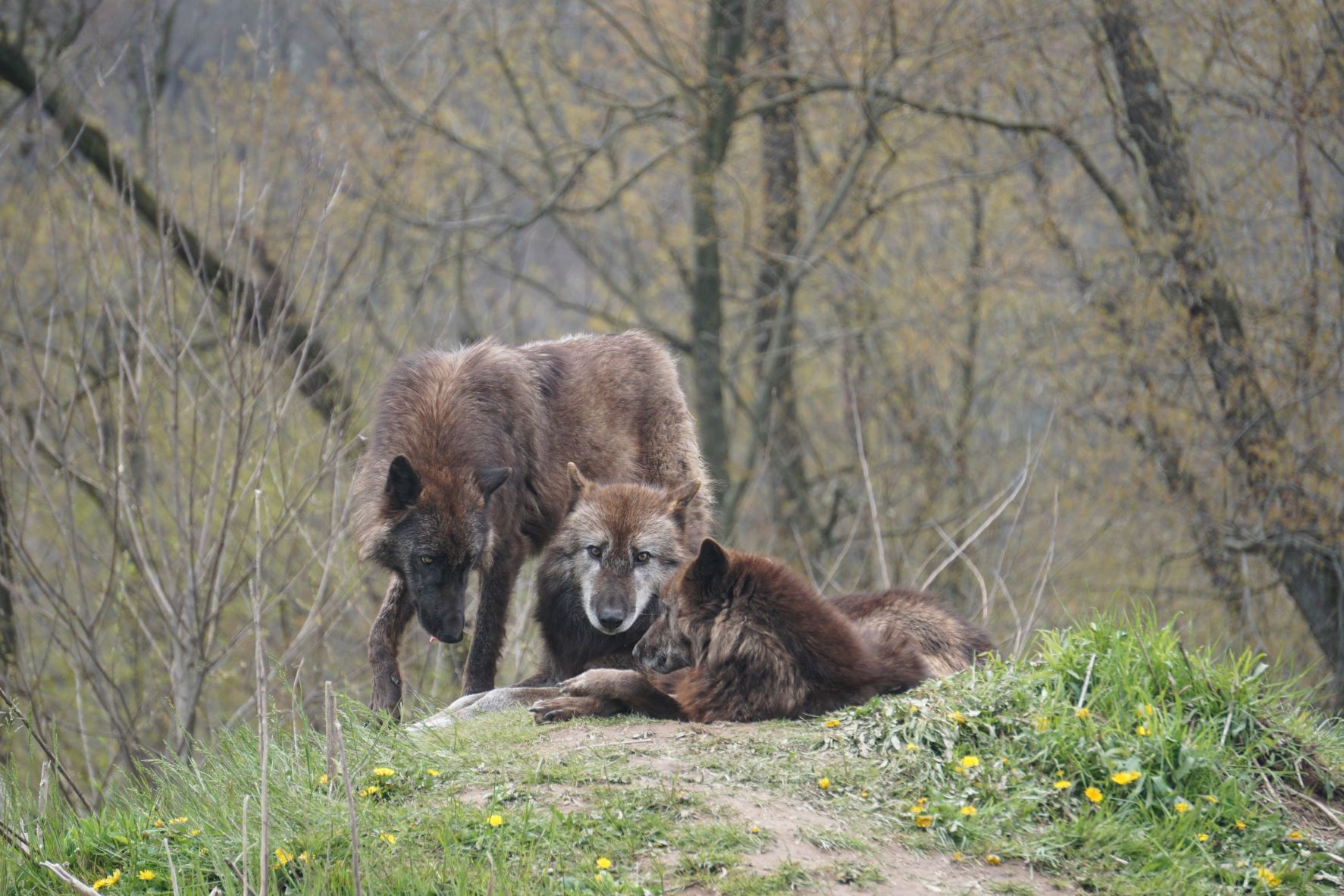 10 thoughts on “Introducing: The Northerners!”